Over the past decade, Santa Monica-based visual effects studio a52 has been relying on Massive for main titles, commercials and film work for crowd simulations.

After investing time early in implementing Massive into their pipeline, the boutique studio has found ways to generate crowds in jobs, like commercials, that typically need to be turned around quickly.

Here we look at four commercials projects tackled by a52 which feature Massive work, and how each had its own unique challenges.

Implementing Massive at the studio


"We needed crowd simulation software that gave us some flexibility to tweak it on the fly and was robust enough to grow around what our needs were," says a52's head of 3D Kirk Shintani, on why Massive was chosen as a crowd tool at the studio. "We started out using Massive mostly for stadium crowd simulation, but it's grown from there over the last five or six years."

Massive works hand-in-hand with Autodesk's Maya in a52's pipeline. The studio also tends to use commonplace tools such as Substance, Photoshop, Marvelous Designer and V-Ray as part of its CG workflow. It has also recently acquired an Xsens system to enable in-house motion capture, which has also aided in crowd generation.

a52 implemented Massive for the first time at the studio several years ago. "I think we had three weeks for a 90 second spot, with 57 shots of full stadium crowds," recalls Shintani. "We really liked the way the crowds felt, so we grew it from there. And over time, agencies and clients have come to us because they've seen how much crowd work we've done over the years."

watch video
This Nike spot required a52 to produce 32 CG crowd shots to fill stadiums with tens of thousands of Detroit Lions and Denver Broncos supporters. It was a task the studio managed to do in just four weeks.

"The prep for that commercial took the longest," outlines Shintani, "since we had to create custom textures for different teams and create different sets of agents for different types of actions depending on where they were in the stadium and what they needed to do. And then tracking and getting all that action integrated back in, was a huge challenge."

To help with the process - particularly asset management - a52 relied on custom tools it had developed after working with Massive over time. "We've completely built one new set of agents that we use generally all over our projects," says a52 Massive TD Tom Briggs. "We've also built some tools that allow quick customization of agents, so we have tools that will build a new agent from a library of actions, and bodies, and geo, and what-have-you, automatically." 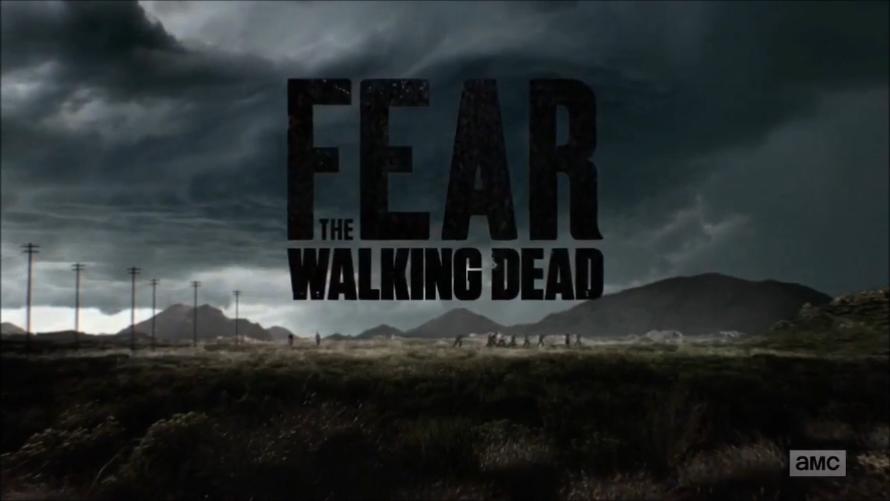 These various opening titles completed by a52 (and its sister company Elastic) for AMC's Fear the Walking Dead were also fast turnaround projects. The brief here, in terms of digital crowd work, was to add some packs of zombies into the titles doing various actions, such as walking, crawling, falling down, reaching or even being tied up. For these, the studio used an Xsens motion capture suit and was able re-target the resulting data into Massive actions.

"We could turn around actions generally in half a day, get them into agents and put them into shots almost immediately," comments Briggs.

Shintani says, too, that the adoption of Massive for these opening titles meant they could work quickly on the zombies without having to hand-animate them - “doing it with Massive was the fastest way for us to populate them and to give us the best result," Shintani notes.

This was true even though the pack of zombies in each title was relatively small; not the large numbers of crowds typically associated with Massive work.

Briggs adds that "once we had the working zombie agent, it was very quick to direct some action and capture it. We'd decide we need to do it in the morning. We do it after lunch, where we go out in the parking lot, record some action. And then by the end of the day, I have that action in the agents, and I'm already working with the brain and doing shots with it. So Massive becomes a flexible tool even with these small numbers of agents. We get the variety of behaviour that we need that makes it believable, and we do it with a very quick turnaround."

watch video
With 'All In', a piece for The Hospital for Sick Children (SickKids), which is affiliated with the University of Toronto, a52 brought together thousands of running children in several fly-over scenes. What was interesting about this spot is that the studio had to adapt its existing adult Massive agents to child scale and child proportions.

"I had to re-sculpt the heads from adult versions into child versions for about 10 to 15 different heads," says Briggs. "They had to have some interaction with props. Once again, it was a very quick turnaround, not a lot of prep time, but I think it only took a few days to get the agents in shape for that spot."

This public service announcement also came at a time when a52 had very much refined its Massive pipeline, and worked with the director Mark Zibert already on several spots. It meant that he and the agency involved were very comfortable with knowing how the final crowd sims shots would look ahead of time. "Mark would say to us, relates Shintani, 'Hey, I only have two days to shoot this commercial, so what do you guys need from me in order to make these crowd shots work?' We had a really good rapport with him."

watch video
Several of a52's spots featuring crowds require hordes of people to perform very specific actions. That was the case in this Toyota commercial, which saw members of the stadium crowd need to exit their seats, file down the aisles and hit certain target points, and then hold hands.

For advice about how best to handle the 'holding hands' work, a52 turned to none other than Massive founder Stephen Regelous after posting a question on the Massive forums.

"There are other people, too, who I've worked with in the past that are on those forums. We tend to share our issues - 'Hey, have you ever done this? Have you ever had to do this?' - or whatever it may be. The postings that are there are usually pertinent to our day-to-day issues."

Working out a workflow


These are just four of the Massive projects that a52 has worked on; the studio has produced several more and established a clear workflow for using the software, which Shintani and Briggs attribute to spending the time laying down a foundation for a reliable assets pipeline. It lets them get through the work, fast.

"Being able to turn around a dozen zombies in two days with custom actions, or do a 100,000 seat stadium with 40 shots in two weeks,” says Shintani, "that kind of flexibility is what allows us to tackle all these Massive jobs. It's definitely become a quick tool for us to accomplish a creative goal."